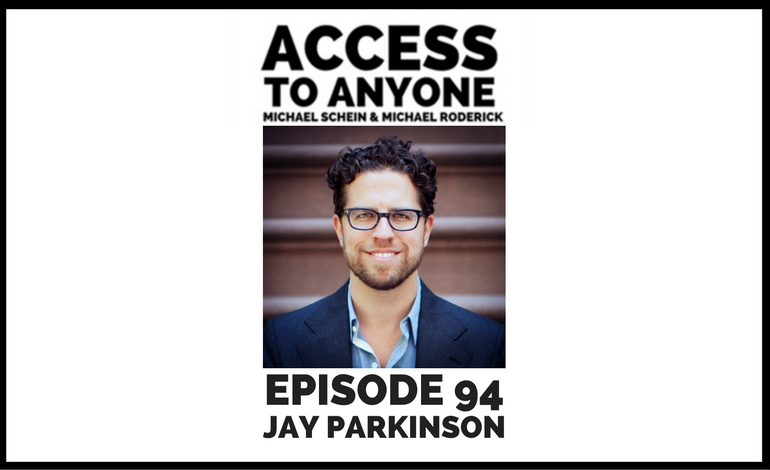 There is no turning back – society has gone fully mobile. It’s now normal to move cities and change jobs with regularity. Unfortunately, changing doctors every time you do so brings with it a whole host of problems. Dr. Jay Parkinson created a high-tech digital interface with a human touch to give patients a consistent home no matter where they roam. It’s good old-fashioned healthcare, upgraded for today’s mobile world. Jay’s take on the healthcare industry has a whole lot to say about the creative process in general.

Jay Parkinson, MD, MPH is a physician who trained in pediatrics and preventive medicine at Johns Hopkins University. Since 2007, Jay has redefined the doctor visit and challenged how doctors and patients communicate and solve problems together. He created the world’s first internet-enabled house call practice in 2007, founded and designed the first cloud-based electronic medical record in 2008 called Hello Health, and ideated and designed one of the most popular iPad apps for physicians, Omnio, through his design firm, The Future Well. Five years ago, he founded Sherpaa, the world’s first primary care-in-the-cloud practice that cares for the employees at some of the most well-known and innovative companies in the world.

He has given talks on the new frontiers that technology creates for health and medical care at over 50 conferences including TED, Google’s Zeitgeist, the Clinton Global Initiative, The Aspen Institute, and Pop!Tech.