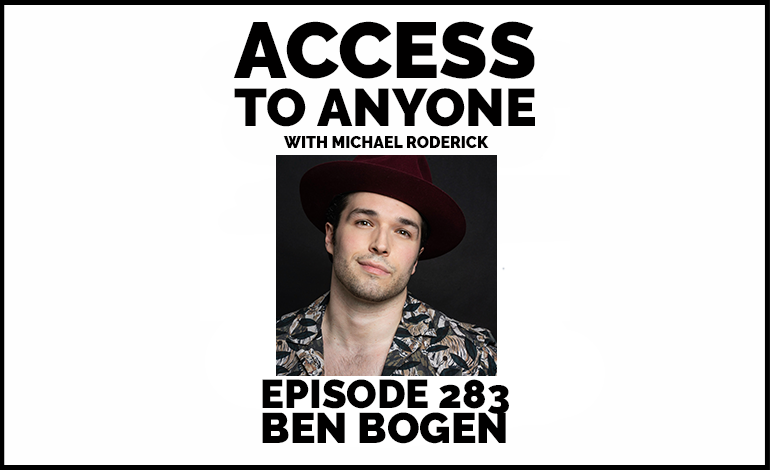 In today’s episode, Broadway performer Ben Bogen reveals the real challenges he had to overcome when the entire industry shut down during the pandemic. Listen in as we unpack how Ben (and other performers) made impossible things happen in more-than-unusual circumstances and discuss the relationship between politics, protests, and the arts.

Ben bogen is a Manhattan based performer having recently made his television debut on the series finale of POSE and is starring in an upcoming indie feature film “Sunday Brunch” coming out later in 2021. Most known for his stage work in Broadway’s FROZEN (Olaf understudy, Duke Weselton understudy) and the Broadway National Tour of JERSEY BOYS (Frankie Valli alternate); Ben tours around the country teaching masterclasses in auditioning, dance, acting, and song performance to kids/teens/adults. Off Broadway/World Premieres: ONLY HUMAN (NY), THE FLAMINGO KID (Hartford Stage), and SOUSATZKA (Toronto). Regional: Pittsburgh CLO, North Carolina Theatre, and Center REP. Ben works with students virtually through Broadway Plus.