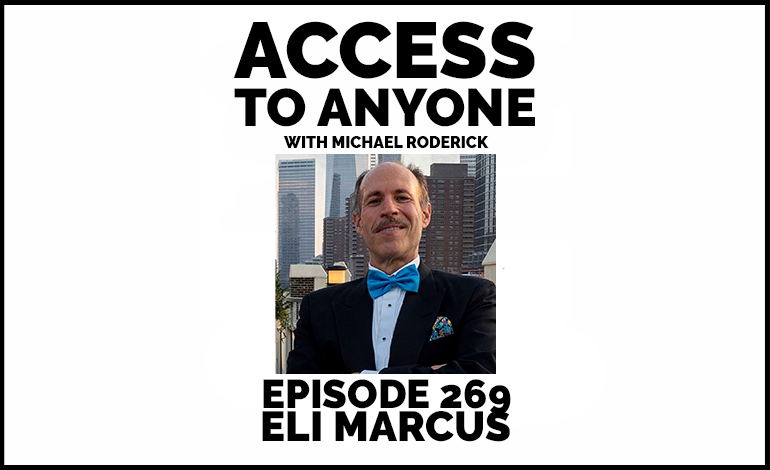 If any of us want to make major moves in our lives and careers, we’re going to need some serious motivation—and Eli Marcus knows exactly how to get it. And, more importantly, he knows how to keep it going. He has dedicated his life to motivation and self-help, and today he’s sharing some of his secrets. During our conversation, Eli also breaks down what it means to be an extraverted introvert, and reveals how anyone can conquer their shyness.

Eli Marcus was born and raised in Queens, NY and now resides between NY and FL with his beautiful wife Elsie of 32 Years. He has a BA Degree in Psychology from Queens College, NY. Eli Marcus is the Executive Director of Davler Media Group, the publishers of New York City’s largest circulation Visitor Magazine, City Guide, where he spent five decades in the NYC hospitality industry, making him the senior most person in the entire industry. He is also one of the organizers of the prestigious Hotel Concierge Choice Awards. He is the Host of The Motivation Show Podcast where he interviews some of the foremost thought leaders of our times.  Eli is also the former CEO of The Seminar Center where he produced over 2,800 seminars & events with notables like Michael Jackson, Les Brown, Mark Victor Hansen, Judy Collins, Iyanla Vanzant, Davy Jones & hundreds more!

As a young man, Eli was painfully shy which prevented him from being noticed and going after his dreams. It was psychologically crippling for him where he lacked initiative and held on to his doubts, fears and low self-esteem. He knew he had to do something dramatic if that was ever to change. He went on to read, listen to and devour over 1,000 books and tapes on Self-Help / Motivation which helped him overcome his own challenges and be one of the foremost well-versed individuals on this topic. By studying those that were super successful, Eli realized there was an extroverted introvert that lived inside of him and that he did not have to live with the shyness label that so many callously called him, including himself. Only when he pulled that other hidden side out of himself, did he begin to flourish. The impossible started to turn into the possible. He decided to do the most difficult things that a shy kid could ever dream of and he became the lead Salesman everywhere he went, which depended on him transforming from Painfully Shy to top Sales Guy! Eli Marcus has devoted his life to helping others on the various principles of leading a balanced, healthy, successful, and happy life.

Eli Marcus now travels the world virtually and to live events helping men and women professionally and personally on how to get motivated daily, what pitfalls to avoid and what simple daily habits to follow so they can enjoy the wealth they build for themselves and their families. Eli Marcus shows them how to take the school of hard knocks to help them avoid spending decades in trial-and-error mazes and failures and lead a successful, thriving life without it being at the expense of their health.