John David Mann: Listening to the Whisper of Intuition (out of the archives) 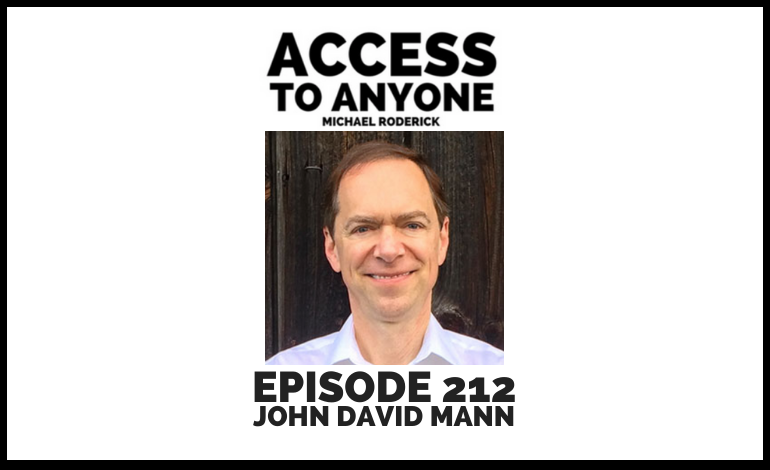 I’m once again dipping into the archives to revisit my conversation John David Mann, co-author of The Go-Giver, The Latte Factor, and over 30 other books. Listen in as we talk about everything from the trials of entrepreneurship to sharing credit to building great relationships.

John David Mann’s diverse career has made him a thought leader in several different industries. In 1986 he founded and wrote for Solstice, a journal on health, nutrition and environmental issues. His series on the climate crisis (yes, he was writing about this back in the eighties) was selected for national reprint in the Utne Reader. In 1992 John produced the underground bestseller The Greatest Networker in the World, by John Milton Fogg, which became the defining book in its industry and sold over 1 million copies in eight languages. During the 1990s, John built a multimillion-dollar sales organization of over 100,000 people, and co-founded and served as editor in chief of three business journals.

John is an award-winning author whose writings have earned the Nautilus Book Award, the Axiom Business Book Award Gold Medal, Taiwan’s Golden Book Award for Innovation, and the 2017 Living Now Book Awards “Evergreen Medal,” awarded to his beloved parable The Go-Giver for its “contributions to positive global change.” John’s books are published in three dozen languages and have sold more than 3 million copies.