Frans Johansson: Why Speed is The New I.P. (out of the archives) 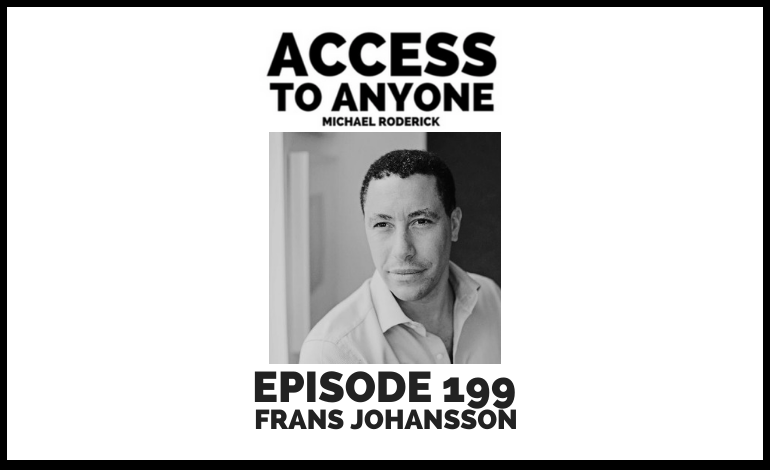 Today I’m once again digging into the archives to revisit my conversation with Frans Johansson of The Medici Effect and The Medici Group. Listen in as we discuss the changing landscape of the world of business as well as a number of other juicy topics in the field of innovation.

An author, entrepreneur, and acclaimed international speaker, Frans Johansson has inspired readers and audiences worldwide with his ideas on leadership and success, innovation, and diversity, while his practical insights have empowered thousands to take action. Innovation legend Clay Christensen cited Frans’s debut book The Medici Effect as “one of the most insightful books on managing innovation that I have ever read,” while his follow up, The Click Moment, was hailed by Fast Company as the book that challenges traditional business-school thinking, and has been charged with destroying the 10,000 hour rule. Since its publication in 2004, The Medici Effect has become the definitive book on diversity driving innovation, influencing numerous industries and fields such as architecture, design, economic development, education, and investing.

In his role as thought leader and CEO of The Medici Group, Frans has advised executive leadership at Fortune 500 companies such as Disney, IBM, Nike, and Synchrony (formerly GE Financial). Frans has been featured on ABC, CNN, CNBC, the PBS Newshour, and National Public Radio and serves on the Board of Trustees of the New York Hall of Science. He has spoken to audiences on six continents, in virtually every industry, and across disciplines, from creatives to engineers, financiers to scientists, and politicians to humanitarians.