Paul Bigham: How To Make it Easy for People to Give 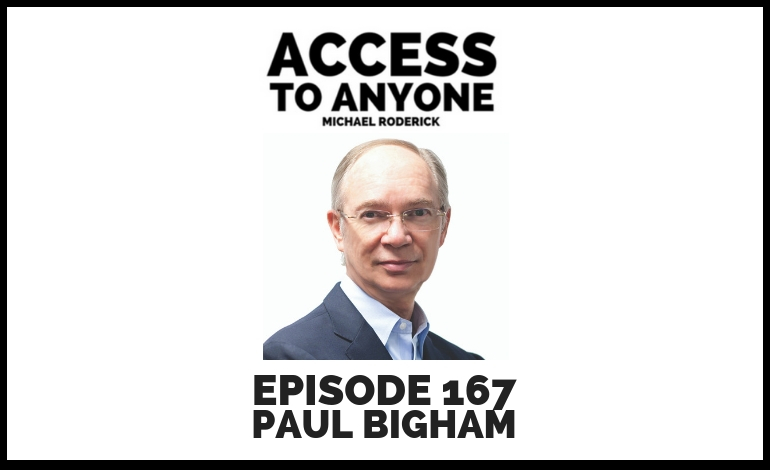 Today I sit down with Paul Bigham, founder and owner of Bigham Direct Agency. Listen in as we get into an in-depth conversation about fundraising, making big asks, and how to get over any anxiety you have about asking for money. This is a must-listen if you are doing any fundraising.

Paul Bigham is president of Bigham Advertising Agency, a professional services and consulting firm specializing in marketing, direct response, interactive, and online communications. Along with founding his Plano, TX agency, Paul has served in a number of senior level positions on both the client and agency side including responsibilities for media buying, constituency development, program and content creation, lead generation, and lapsed reactivation programs.

Paul earned his BBA and MBA from SMU in Dallas. He and his agency have received numerous awards for their creative work, as well as the respect and loyalty of his organizational partners for the value creation, leadership, and relationship he provides and produces on a consistent basis. During his career as a professional marketer, Paul has held the positions of Vice President for Killion McCabe &amp; Associates, Senior Vice President for Stratmark, Inc. on the agency side, as well as Executive Vice President for Coral Ridge Ministries and leadership for D.J. Kennedy’s four other ministries.