Betwixt.us: The Activism of Empathy And How To Build Trust In A Digital World 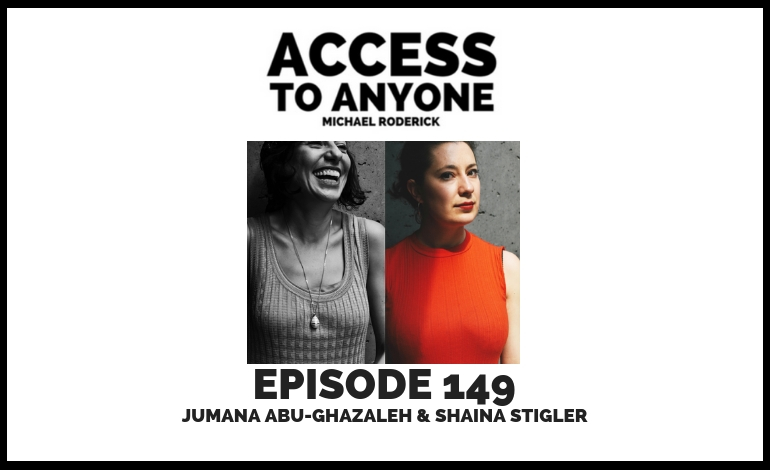 In this episode, I chat with both Jumana Abu-Ghazaleh and Shaina Stigler of betwixt.us – a company that is taking on the massive challenge of helping teams work together and still maintain humanity in our digital times. Listen in as we discuss what it’s like to bring a new offer to a new age and the importance of empathy when it comes to our work together.

Jumana Abu-Ghazaleh is the Founder and CEO of betwixt.us. She’s got mad credentials from working in strategy for 20 years, but her “uncanny ability to stick her finger in the wound,” as one CEO once put it, is what makes her the right person to pioneer ‘the feely Internet.’

Shaina Stigler is the Chief Empathy Officer of betwixt.us. Trained in the art of improv comedy, she has applied the tenets of improv to the worlds of marketing, innovation, and HR. She has been recognized for creating deeply empathic user experiences, like transporting New York City commuters back in time to the 1980’s.